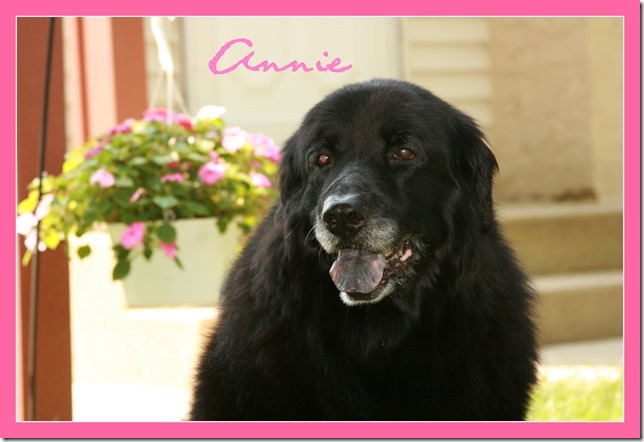 She labored nine years as a registerd KPETS volunteer at the Adult Care of Chester County in Exton, PA. She arrived at the center at 10:00 AM on Tuesdays and visited with the elderly clients (the “people” as the name she recognized for them) who were afflicted with Alzheimer’s Disease and other conditions of older age. The clients were assembled in circular groups and she went to each person offering her paw which was taken in their hand or just rested upon their knee. Sometimes at the end of her visit she would sit in the middle of the room and wave her paw to say “bye-bye”. 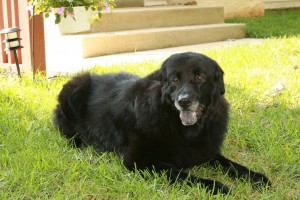 The years went by as years go sometimes slow and sometimes more hasty. There came a day when she could not lift her paw because
her back legs would fail, but she continued to come and allow the “people” to pet her. Time went on and then she had difficulty even standing and time required that she retire from her weekly duties.

The “people” loved her and always looked forward to seeing her, but even they could see that it was time for her to rest. It was September 2012; she was 14 ½ years of age. She had at this time only one more year of life, but she continued to give her love to all those who were part of her life. She gradually lost even the ability to walk independently.

On September 6, 2013 she closed her eyes for the last time leaving us and all others whose lives she touched. Bye the bye, her name was Annie. 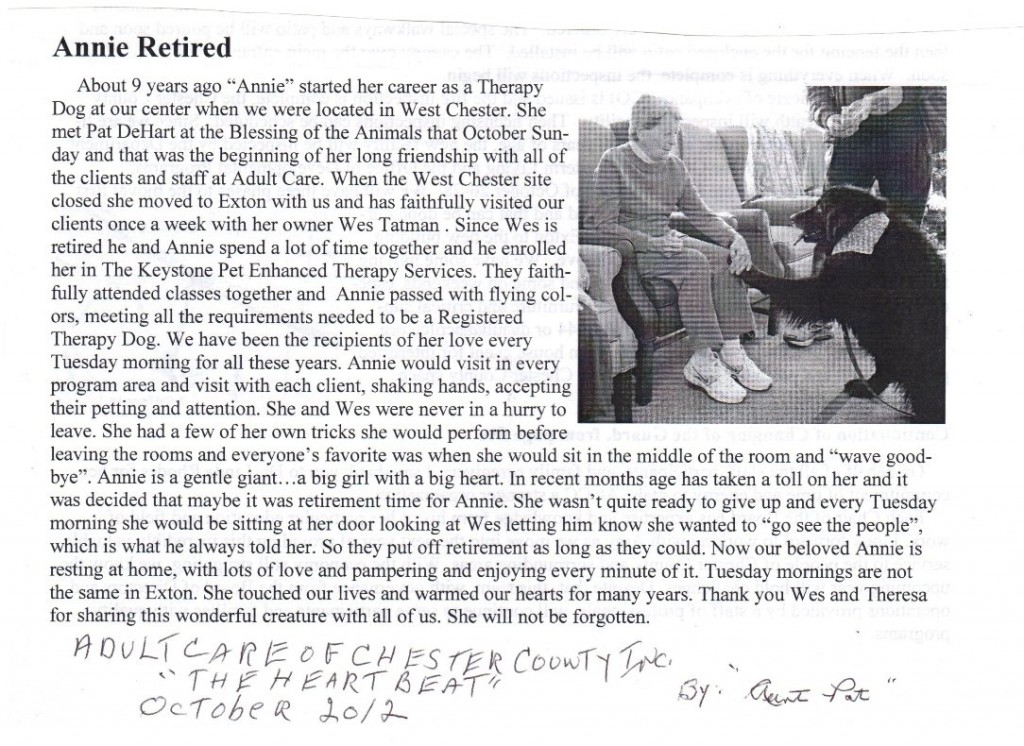