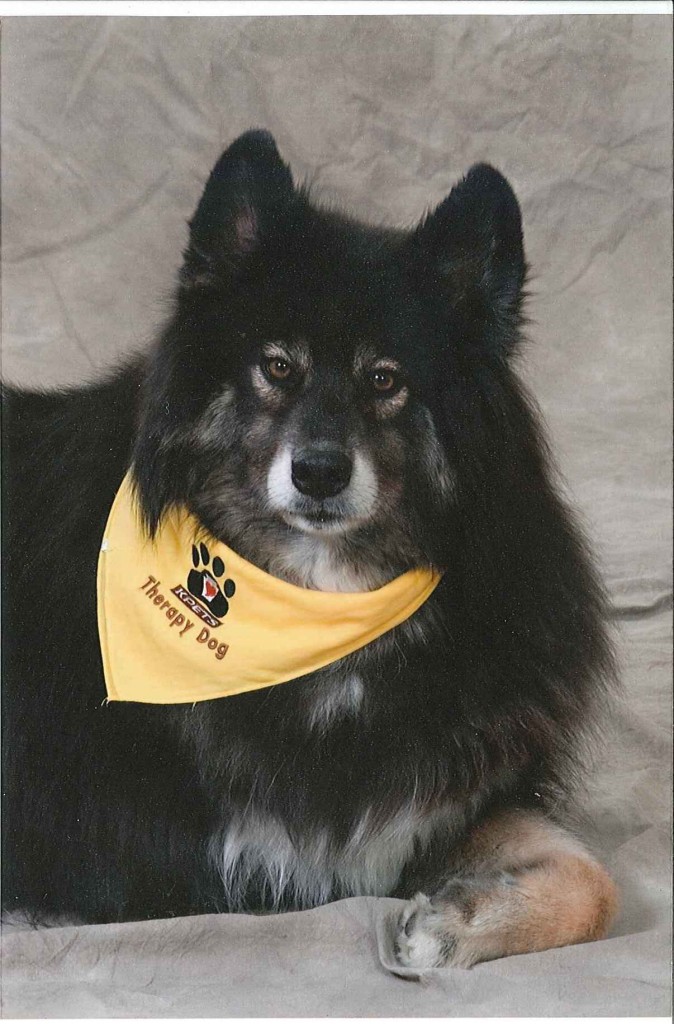 Trey, Gini’s very special KPETS dog who had only three legs. He inspired so many.

Today, August 23, 2013 at 8:45 am I had to put Trey to sleep. He had been having trouble getting in and out of the house to do his potty business because of being in pain. He had arthritis so bad in his front leg, wrist, elbow, shoulder, neck and probably his spine. It was a very hard decision to make, but I couldn’t let him be in pain.

Kids used to ask me where his missing leg was and I told them it was in Heaven waiting for him. Now he can run with the rest of the dogs with four legs, instead of three.

Everybody thinks their dog is special and Trey was a very special dog to me. He started out his life very young without his front leg but it never stopped him from loving people.