In Remembrance of Our Beloved Pet Therapy Dog 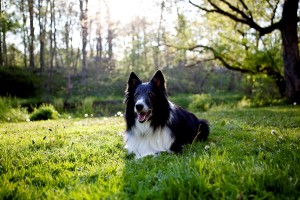 Jesse was a very special dog. She had special instincts as to how people were feeling. She knew who needed a little more time, and those who just wanted to give a pat on the head and move on. She loved giving hugs and kisses, and also receiving them!
And she got plenty!

Jesse visited three hospitals, LGH, The Lancaster Rehab Hospital and the Veterans Medical Center in Lebanon. She also took part in a reading program at Wharton Elementary School where she listened to first graders read. She was a good listener for the children. She also took part in an after-school program for fifth graders at George Ross Elementary School. She did actually help some children read better!

She also helped at home. Twice she helped me when I was sick. She went and brought Aaron to me to help me! She was special and will be really missed by lots of people and family.

We have a little nine month old Siberian Husky, Kira, waiting in the wings to get trained and started. She is going to try to fill Jesse’s “paws”, but they are very big paws to fill, but she is hoping to try.